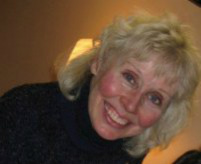 Mary grew up in Aberdeen, South Dakota, the oldest of four children born to Marian (Berry) and Eldor Hafnor.  She graduated from Central High School, and was honored as the senior female “contributing the most to the school."  In 2013 she was inducted into the Central High School's Hall of Fame.  She attended Northern University for one year and then transferred to Augustana College in Sioux Falls, graduating in 1965.  The magna cum laude grad majored in English, sociology and education.  At Augie, she was named to “Who’s Who in American Colleges and Universities”  and Chi Epsilon, an honorary society for women campus leaders.  Mary was awarded a full scholarship to graduate school and obtained her Master’s in Social Work from the University of Minnesota in 1967.

After graduate school, she worked for a two years as a social worker at Children’s Home Society in Saint Paul, Minnesota, and then began working as a consultant in social services.  A major career shift occurred in 1978 when she began producing and hosting a radio show, “Thoughts on Living,” which she began after hearing “an excellent speaker who deserved a larger audience.”  This program, on KCHK AM, evolved in two years into the cable television program, The Mary Hanson Show. The show focuses on health and social issues and has provided a forum for area and national experts and leaders.   As host and Executive Producer, Mary views her role as a conduit between guest and viewer, and the result is in-depth discussions of contemporary issues.

The Mary Hanson Show is the longest running independently produced cable program in the United States, having been on the air regularly since 1980.  The weekly show has also been on public television’s tpt for the past nineteen years, and over 100 of the programs are also now on YouTube.  The past thirteen years Mary has produced an annual series called “Minnesota Leaders,” interviewing governors, mayors, US Congress members, business leaders.  The Mary Hanson Show has won recognition at the local, state and national level.  Most recently, and in addition, she co-produced and co-hosted a special series in 2011-12 called “Understanding Depression, Hope Through Treatment” with James Jordan, MD.  This was taped at KSTP Television and has been distributed widely.  This series was followed by a second series on suicide, "Understanding Depression: The Suicide Connection," and it is being sent to libraries and colleges in addition to broadcast outlets.

Mary has also produced and hosted other television shows during her career including a weekly live hour-long children’s TV show, The Wishing Well, an interactive program that she hosted for fourteen years.  This was produced in conjunction with Abbott Northwestern Hospital and Minneapolis Children’s Health Center.  She was also the co-producer and co-host (with Brian Lambert, Randy Adamsick and Ed Staiger) of The Screening Room, a movie preview show which was on cable television (1983 to 1990); the co-producer and host of Fox Broadcasting’s public affairs show, Talk About With Mary Hanson  (1990 to 1992); and the co-producer and host of Portrait, an in-depth personality profile cable program (1983),

She has continued doing social work consulting and has led workshops, taught seminars and done some counseling as a licensed independent social worker (LISW).

Mary is the mother of two daughters, Camille and Jennifer.  Camille graduated from St. Olaf College and did her MFA work at the University of California and is currently a dancer/choreographer/producer in Madrid, Spain.  Jennifer Hanson is a University of MN graduate; has her MA from St. Mary’s College; works for Walden University; and is the mother of Makai and Julian.

Mary is grateful for the support her work has been given throughout the years by the community, her dedicated crew and the viewers and thanks everyone for this support!  She is excited about upcoming programming and continues to work to bring thoughtful and important guests to the public.