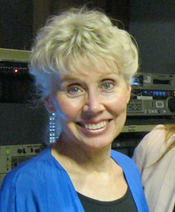 The Mary Hanson Show is the longest running independently produced cable program in the United States, having been on the air regularly since 1980. The weekly show was on pubic television, TPT 2.2 for 23 years, up until 2020. The award-winning show focuses on health and social issues and has provided a forum for area and national experts and leaders. Host and producer Mary Hanson views her role as a conduit between guest and viewer, and the result is in-depth discussions of contemporary topics.

Mission of the show:
*Bring ideas and knowledge of the guests to a larger audience
*Provide a forum for thoughtful, in-depth conversation
*Share in-depth information via the guest experts
*Promote area resources

TPT 2.2, Public Television
season 23 Was Our Last Season on TPT

Jim Jordan, MD, Co-Producer and Co-Host of special series on depression
“Entendiendo la Depresion: La Conexion Suicidio” (Understanding Depression: The Suicide Connection) aired on public television's TPT 2.2 in Spanish as did the English version. If you missed this, go to www.understandingdepression.org. The new home for the this series, as well as the two original series, is now www.namimn.org but you can also access all three series here on this website -- not only the Spanish translation of the suicide series, "Understanding Depression: The Suicide Connection," but also the English version as well the first series "Understanding Depression, Hope Through Treatment."

The first two series were taped at KSTP TV and the Minneapolis Television Network and have been broadcast in English on public television's TPT 2.2, KSTP TV,  the Metro Cable Network - Channel 6, MTN and many other cable systems in MN and surrounding states.  James Jordan, MD, psychiatrist, and Mary Hanson, MSW, LISW, are the co-hosts and co-producers of both series.